Learning for all in a conflict zone

Action Against Hunger Nigeria is using a social learning platform called Curatr to improve the capacity of many of its field staff. Curatr enables organizations to deliver online courses and MOOCs (Massive Open Online Courses). The platform is built around proven gamification principles and allows users to learn from, and with, other people. Curatr also allows the facilitator to monitor individual activity and progress, hence making learning more measurable.

Learning can be a challenge in conflict situations and this case study focuses on north east Nigeria, where Boko Haram attracted international outrage after 276 or so Chibok girls were kidnapped from their school in 2014. The region has witnessed widespread displacement and heinous violations of human rights since 2009, plummeting it into a deepening humanitarian crisis. According the United Nations Office for the Coordination of Humanitarian Affairs, up to 2.1 million people fled their homes at the height of the conflict, 1.9 million of whom are currently internally displaced and 200,000 or so who are in neighboring Cameroon, Chad and Niger. In the three most affected states of Borno, Adamawa and Yobe, almost 7 million people are in need of humanitarian assistance, more than 50 per cent of them children.

For the fourth year in a row, farmers have been unable to return to their land for the planting season due to physical insecurity, landmines, and a proliferation of improvised explosive devices. This has further aggravated the food security situation, with some 5.2 million people food insecure at the onset of the rainy and lean season (June-September 2017). An estimated 450,000 children under five are suffering from severe acute malnutrition in Borno, Adamawa and Yobe.[1]

Despite the Nigerian government’s progress in fighting the insurgency, a huge humanitarian crisis is ongoing as a result of continued isolated attacks and the return of displaced persons who fled to neighboring countries. This has largely increased the scope of humanitarian response in the region, forcing many NGOs to scale up and expand activities.

Action Against Hunger is currently implementing Nutrition, WASH and Livelihood assistance projects in the communities and IDP camps in Borno, Yobe and Jigawa states, with a staff strength of over 450 working from offices in Maiduguri, Monguno, Damaturu, Jigawa and Abuja.

For Action Against Hunger, the ongoing humanitarian crisis means building the capacity of more of its staff so that they can respond effectively to the emergency. The organization took deliberate actions to strengthen its ways of working such as bringing in consultants to conduct organizational assessments and creating new roles that would move the organization from an operational to a more project based approach. To carry many staff along with the new approach to working, Action Against Hunger Nigeria partnered with LINGOs (Learning for NGOs) to adopt PMD Pro Flex – a self-paced, facilitated, moderated, virtual and social way to learn PMD Pro (the Project Management for Development Professionals course). LINGOs hosts the course on a learning technology called Curatr which enables Action Against Hunger to train more people at a lower cost, all at the same time!

Eight weeks into the course a survey showed the positive impact of this learning approach. 88% of the respondents said their objectives for taking the course were already being met. 87% of respondents rated the course as very appropriate for the humanitarian sector while 75% found the learning technology easy to use.

Beyond these numbers, the nutrition and cash teams on the Food for Peace Project in Borno reported an increase in the effectiveness of their work as a result of the tools they adopted from the course. Food for Peace is a USAID funded project that is protecting and promoting the food and nutrition security of vulnerable persons in Borno State. Action Against Hunger is implementing this project in MMC and Jere Local Government Areas and is reaching over 6,000 households. The project has two components; one is called Porridge Moms which is the supplementary feeding of pregnant and breastfeeding mothers; a Porridge Mums groups is made up of about 10–15 women who meet daily to prepare meals for themselves and their under-5 children. The other component involves unconditional cash transfers.

“Proper issue identification and description have led to a prompt response, thus delivering the projects scope on schedule,” explained Ruth Mshelia who is the Nutrition Deputy Program Manager at Food for Peace. Ruth manages the issues log which is visible on the wall, allowing everyone to see what the issues are and who needs to take action to manage them. The teams have found the planning tools very helpful as it is now “easy to know,” according to Titus Avindigh, a community mobilization officer who is enthusiastic about the new tools. Titus added, “We no longer spend less time planning because we have a clear process to follow using these tools.”

The project now has a beautiful work plan with well-defined activities and clear estimates of time and resources – all of which are scheduled against a calendar. This has improved the efficiency and use of resources, thanks to the practical knowledge made available to us at the point of need! 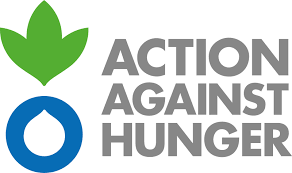 View all posts by LINGOs